A new report by JLL looks at how a new investment law will improve the investment environment in Egypt. 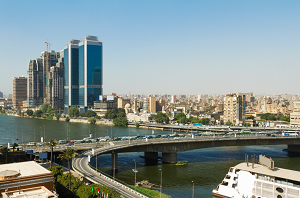 The Egyptian government's approval of a new investment law will pave the way for a stimulated business environment that will improve market conditions, according to JLL's Q2 Cairo Real Estate Market Overview.

The Egyptian government is aiming to fast-track the adoption of a new investment law to improve the investment environment in Egypt.

“This new law should increase investor confidence, encouraging the recommencement of some projects that are currently on hold and will create new development opportunities,” says Ayman Sami, Country Head of Egypt, JLL.

According to JLL, the law will aim to attract investment into real estate and other sectors by removing long standing bureaucratic obstacles. “Among the proposed changes are relaxations on foreign ownership, tax windows, and the easing of the current restrictions on the repatriation of capital,” said the property consultant.

JLL's report revealed that Q2 continued to witness the impact of the recent devaluation of the Egyptian Pound, as consumers and suppliers changed behaviour to adjust to market conditions.

“Most sectors of the Cairo real estate market are now approaching the final stages of decline resulting from the devaluation and the subsequent economic turbulence,” said Ayman.

The hotel sector is the only sector currently in the 'upturn stage' of its market cycle as the currency devaluation has made Egypt a more affordable destination for foreign visitors. Domestic tourism is also increasing, with local citizens contributing to the recovery of occupancies experienced over the past year, as per the report.

“The effects of the devaluation continued to be felt in the office market throughout Q2, shifting negotiating power further in favour of occupiers. Vacancy levels have remained stable during Q2, but are expected to increase with additional stock being added to the market later in the year,” said JLL.

In terms of residential, there has been continuing confidence towards the residential market and has led to several developers announcing new projects or further stages of existing projects across Cairo.

“This has included Palm Hills Developments, which is expanding its integrated residential community in West Cairo, and Mostakbal City (located close to the New Capital City), which has commenced site preparation and utility works with full coverage expected by 2019,” said JLL.