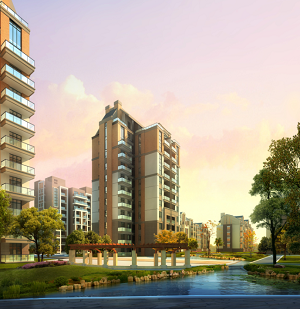 In its latest Q1 report on the Egyptian market, Colliers International analysed the hospitality sector in Cairo, Sharm El Sheikh, Hurghada, and Alexandria.

Colliers maintains that hotel average rates recorded an increase in local currency due to the floatation of the EGP towards the end of 2016.

“However, Cairo achieved occupancy levels above 70% in Q1 2017, the highest since 2007. Occupancy is expected to increase further as consumer confidence returns to the city on account of government efforts.

In terms of the outlook, Colliers says that the planned airport in 6th October City is expected to see several businesses establish presence in western Cairo. “As such, the market may appeal to hotel investors as its base demand further grows. Midscale type developments are likely to see the highest growth as investors tackle market opportunities,” according to the report.

Colliers is expecting to see the opening of St. Regis Cairo and Radisson Blu Nasr City, and the re-opening of the Sheraton Cairo Hotel & Casino in 2017.  As per the report, this represents a 10% increase in total branded supply within the city.

“84% of branded supply is currently in the 5-star category, representing an opportunity for mid-market hotels to enter the market. Marriott International and Accor remain the key international players with over 5,000 keys combined,” reads the report.

Meanwhile, Sharm El Sheikh is expected to see a demand levels increase this year, according to Colliers, as travel bans are lifted and the destination is perceived as even more affordable following the devaluation.

Colliers notes that occupancy increased by 8% in Q1 2017, and is expected to continue over the course of the year.

“Thomas Cook indicated that flights from Britain may resume in 2017, pending government approval. If such is confirmed, the resort destination will be hopeful of renewing its strong visitation levels from British tourists, which it previously enjoyed,” said the report.