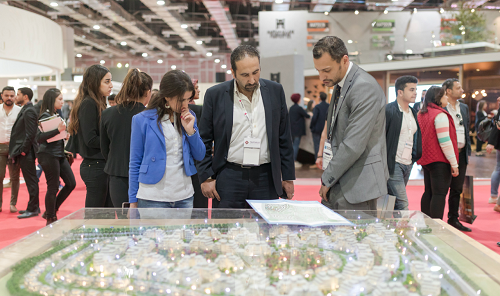 “The high level of investor interest is in part due to a push by the government to attract greater foreign investment in real estate. In June, last year, it implemented a new investment law guaranteeing fair and equitable treatment for both foreign and local investors, the right to repatriate profits or receive international finance without restrictions, and a residence permit for the duration of investment projects, among other measures,” notes OBG in its report.

According to OBG, the strong demand is reflective of the residential segment’s resilience in the face of challenging broader economic conditions. “While the effects of the floatation of the Egyptian pound in late 2016 and subsequent currency devaluation increased construction costs for developers and exerted downwards pressure on disposable incomes in 2017, demand for real estate in Cairo increased significantly,

with many seeing it as a stable investment opportunity.

”Forecasts for 2018 look positive, as higher GDP growth and improved consumer sentiment on the back of lower inflation encourage and uptick in rentals and prompt developers to push ahead with new projects, says OBG.  Egypt’s performance.

“With new developers entering the market and the level of competition increasing, it is important to have a product that matches the demand, and at the right price” Mohammed Allam, CEO of Hassan Allam Properties told OBG, “There is a lot of opportunity, but the challenge for many will be effectively managing costs when price of land can reach up to 40% of the end price of a unit.”

According to OBG, much of the new supply entering the market over the next few years is in and around the New Administrative Capital. “The USD 45bn project is the government’s response to rising congestion in and around Greater Cairo, where the population is expected to balloon to 40m by 2050.”

OBG notes that other new cities being built to address population growth is New Mansoura City, which will comprise residential, tourist and industrial developments.