JLL maintains that the New Capital city is on the brink of becoming a competitive city across the region and a hub for Africa. 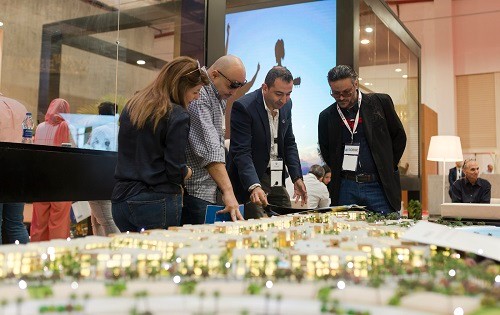 According to real estate consultant JLL, Egypt is calling for foreign investment in its New Capital city.

The project, which covers an area the size of Singapore, is currently under construction and is being built to ease pollution, congestion and over-population in central Cairo and position the country as a business hub for North Africa, said JLL in its latest piece: Is Egypt’s new capital an untapped investment?

“This is the moment to create a proper city that is competitive across the region and a hub for Africa,” said Ayman Sami, Country Head, Egypt, JLL.

According to JLL, the government backed project aims to kickstart the economy and is being overseen by Egypt’s Administrative Capital for Urban Development (ACUD) – a partnership between the Army and the New Urban Communities Authority.

“Once complete, the new administrative capital will house up to seven million people, including the government, the Presidential palace, businesses, and a young, professional population,” said JLL.

The real estate consultant maintains that central to the project is a business district, which is being built by China’s State Contracting Engineering Corporation and financed largely by Chinese banks.  “China Fortune Land Development Company (CFLD) is in final-stage negotiations to invest USD 20 billion in the second stage of the project. Outside of this, the New Capital is being partially funded by the sale of land to private developers.” In addition, JLL reveals that China is financing the development of 20 skyscrapers, one of which will become the tallest tower in Africa at 345 metres once completed.

“The new CBD is the project’s showpiece to support the private sector and increase investor interest,” said Sami.

Sami hopes that Egypt’s strong economic fundamentals will give investors confidence. So far, investors from the GCC are expected to lead the charge; Sami says a KSA developer recently signed a deal to build a shopping centre.

“Thirty banks have committed to moving their headquarters to the new business district, including the Central Bank of Egypt, and foreign embassies are expected to relocate. This could happen by 2021 as businesses look to escape the overcrowding in central Cairo,” according to JLL.

“Companies have been steadily shifting to the east of Cairo as it’s became more and more congested,” said Sami. “The new city represents a further shift eastward in terms of footfall and economic activity.”

The New Capital is expected to create a demand for housing. “Cairo’s population is expected to hit 40 million by 2050 and competition for housing is fierce in the current capital. In 2017, sale prices in New Cairo spiked by 50% and, while housing in the new city will likely be only slightly more affordable than current Cairo, it promises a cleaner, greener, more sustainable way of life,” said JLL.

The real estate consultant goes on to say that the Ministry of Housing has already built 25,000 residential units in one of 20 planned housing districts, while private real estate companies have bought plots of land.

“The market has been very tough this year so developers are offering incentives; you can pick up an apartment and pay over eight years which was unheard of in the past,” adds Sami.

As Egypt looks to usher in foreign investment into the new capital, the government is making the process easier. It has already introduced several measures to encourage international investment including a new law to eliminate bureaucracy and streamline the investment process.

“Tax incentives and the flotation of the Egyptian pound in 2016 have gone some way making Egypt more affordable for foreign investors,” JLL concludes.