REGISTER TO VISIT THE EXPO 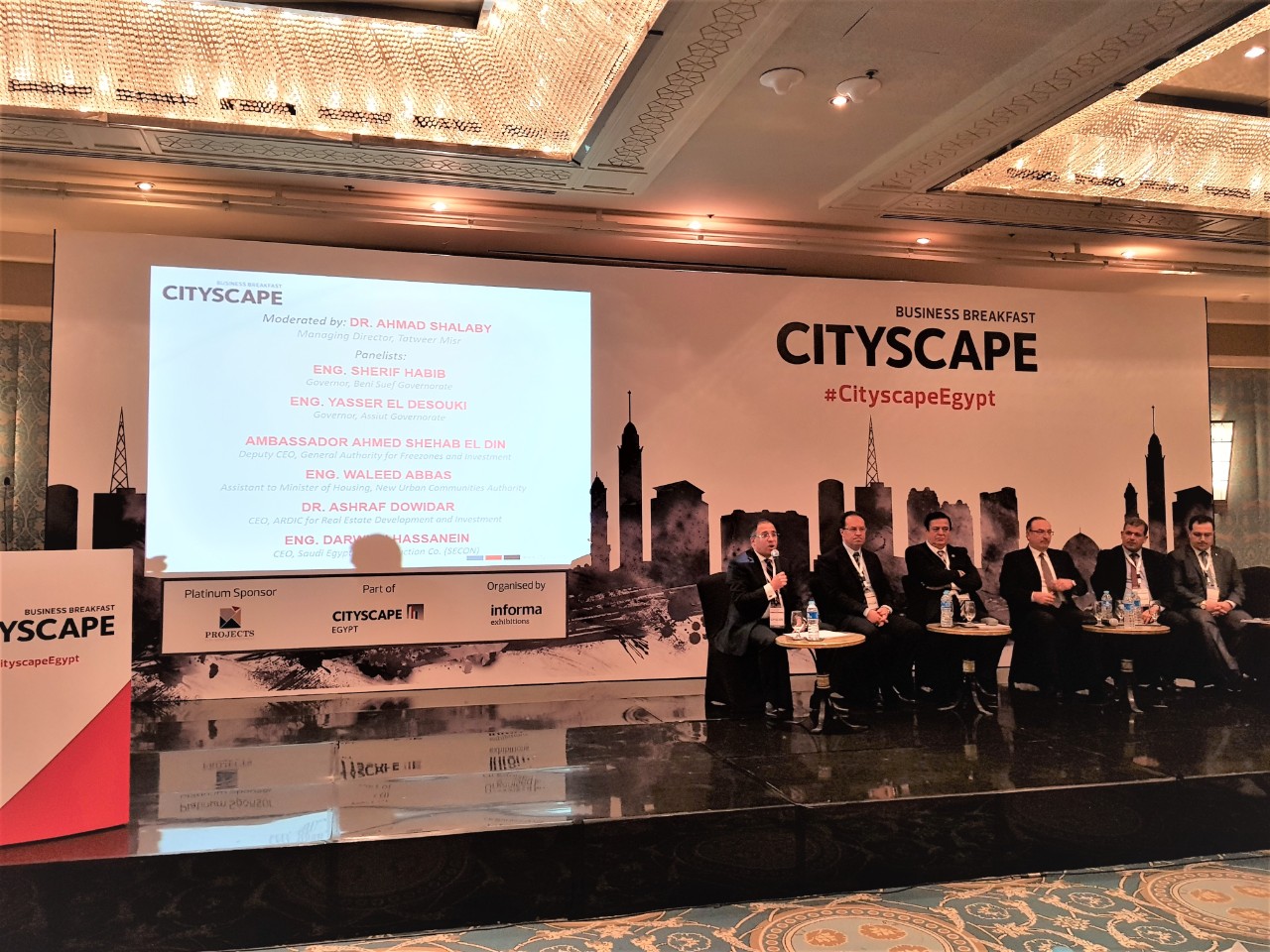 The future of Egypt’s new metropolises will be revealed at this year’s Cityscape Egypt Business Breakfast as government authorities and leading real estate experts weigh in on the country’s plans in 2019. Cityscape Egypt Business Breakfast, set to take place on January 14th at the Nile Ritz-Carlton Cairo, will deliver a high-profile platform for debate, discourse and information exchange as it addresses 2019’s most pressing real estate issues.

Held under the theme Moving forward; the future of investing in Egypt, this year's Business Breakfast – a prelude to Cityscape Egypt taking place from the 27-30 March at the Egypt International Exhibition Centre – will hone in on the core issues central to Egypt’s real estate sector next year; delving into the country’s progress on new cities and looking at how to drive investment.

On the agenda for this year will be Ushering in a new era: new cities update by H.E. Dr. Mostafa Madbouly, Prime Minister and Minister, Ministry of Housing, Utilities and Urban Communities; Management reform plan and sustainable development strategy delivered by H.E. Dr. Hala El-Saeed, Minister, Ministry of Planning and Administrative Reform; and will conclude with the panel discussion Moving into the international arena – which will see experts address topics such as foreign investment, creating an attractive ROI for investors and satisfying the supply gap.

Fathallah Fawzi, Chairman at this year’s Cityscape Egypt Business Breakfast and Chairman of the MENA for Real Estate Development Consultancy, says that one of the central themes on the programme will be economic reforms and its effects over the last two years, in addition to the numerous investment opportunities available in Egypt’s new cities.

“Government plans and the unprecedented development in the real estate sector over the past four years in the era of President Sisi should encourage more companies to get involved in achieving the country’s plan for urban development. Meanwhile, together with the private sector, the government has introduced new lands, which has already witnessed an increase in sale figures, compared to last year,” says Fawzi on the status of the current market.

Looking at new cities, Fawzi says new cities are driving foreign and domestic investment with many investors looking to invest in Al Alamein and the New Capital.

“There is a rapid development in the new cities, especially in the New Administrative Capital. It is expected that the government institutions and the ministries will move to the New Capital by mid-2019. The move is expected to help fill the units that have been sold in 2018 as some projects are expected to be delivered during 2020 and 2021,” he concludes.

“Egypt has built a strong reform story in 2018 that’s anchored by economic improvements and an attractive investment climate, and as a leading knowledge-based platform for real estate investment in the market we’re ideally positioned to contribute to the country’s real estate narrative,” says Chris Speller, Cityscape Group Director. “As we kick of the year with our Business Breakfast followed by Cityscape Egypt in March, we’re confident that 2019 will be a positive year for the country.”

Following the Business Breakfast is the 7th annual Cityscape Egypt Conference, which returns to the Four Seasons Nile Plaza on the 24 and 25 March with a stellar line-up of speakers and topics based on market research and the guidance of the Advisory Board.